I went to a demonstration a few days ago that ended with the popular chant, “I believe that we will win!”  The words pleasantly reverberated in my brain an hour later, as I turned on the TV to watch my Golden State Warriors face the Houston Rockets in the NBA playoffs. When your team recently set the all-time regular-season record with 73 victories (and just 9 losses), it’s easy to believe that we will win.

I’m too superstitious to predict how the Warriors will do in the playoffs, but I know this: If they refuse to play offense, they’ll lose.  Even the most skilled basketball defense cannot shut out an opponent. No team would think of handing the ball 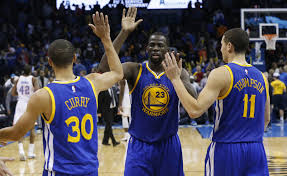 back to its rival each time it had a chance to take possession. No team would choose to play only at the other team’s end of the court.

But what’s unthinkable in any NBA arena seems to be the norm in the political arena, at least regarding public education.  Anti-privatization activists have fought hard to defend against school closures, the spread of charters, endless testing, teacher bashing, attacks on due process and seniority, and on and on.  The “on and on” part is the problem.  The privatizers are not going to stop. We can sometimes slow down the onslaught and even block some shots, but they will just keep coming from every direction.  As long as we play defense almost exclusively, we’re bound to lose.

Going on offense means fighting for conditions that public schools need to provide all students with a quality education. In Oakland, we could start by demanding that our school district reallocate to classrooms about $46 million it overspends on central administration and private contracts. That would pay for some badly needed improvements to dismal conditions.  To get the job done, we’ll need to build a movement to “find the money” for schools and public services, just as trillions were “found” to bail out banks and corporations in 2008.

Corporate “reformers” take and make easy shots at public schools by scapegoating them for racial and economic inequality and selling privatization as the solution.  We generally respond by defending against the lies and the fake solutions. But that doesn’t help much, if we don’t also fight for real solutions to the problem that many students, especially those who are black, brown, or poor, “fall between the cracks” in public schools.  Public schools can’t independently end racism and poverty, but we can demand conditions far more conducive for teaching and learning: much smaller class sizes and caseloads; more time for teacher preparation, collaboration, and professional development; adequate facilities; and universal early childhood and adult education.  To fight for these demands is to go on the offensive.

But going on offense is scary. We haven’t practiced it much and we don’t know what we’ll be up against. True.

We’ll be told there’s no money for smaller class size and caseloads and for fair pay, that we’re demanding the impossible, that we’re fools. True.  They’ll say anything to keep us from making “offensive” demands. We’d be fools to believe them. 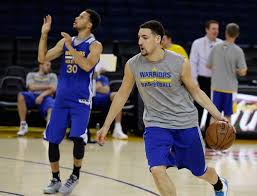 We don’t need to get it all done at once. But we do need to start now by drawing up and practicing some offensive moves.  In Oakland, we can begin by considering ways to reallocate $46 million being overspent on central administrators and private contractors.

This entry was posted on April 26, 2016 by ClassroomStruggle in Action & Organizing, News & Analysis, Vision & Strategy.